The Envoy’s Interlude is now available as an audiobook at most online retailers; Audible, Apple Books, Google Books, Nook Audiobooks, and more!

Elena is a survivor–and no stranger to the cruelty that lurks in the shadows of society. Caught up in the search for a missing student, she must face the increasing violence head on and find the strength to overcome her own past.Time is running out. Too many children have recently been reported missing, for this latest disappearance to be a coincidence. Invitations for a special auction have already been sent and buyers are gathering. Elena’s fierce determination to save a young girl sets off a chain of events that leads to the same man who orchestrated Elena’s own vicious kidnapping. Will justice triumph in Elena’s crusade to save other innocent victims from the same fate she was forced to endure?

You can purchase the digital version at Amazon, Barnes & Noble, and various online retailers.

The Envoy’s Interlude by J.S. d’Raven availability on Amazon. 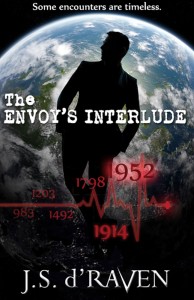 A chance encounter with a charming stranger leads COLIN to one of the most interesting conversations he’s ever had. MICHAEL is no ordinary stranger on COLIN’S train ride to Seattle. And while the two delve into topics like the meaning of life, COLIN begins to unravel MICHAEL’S mysterious past. There’s more to MICHAEL. There’s something different… something more than human. 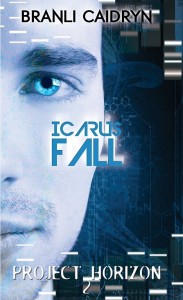 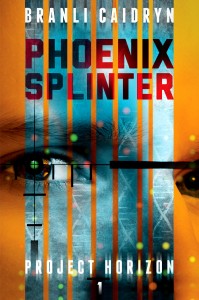 An update to a prior post, paperback version of Phoenix Splinter is now available on Amazon.Com and Barnes & Noble. Availability with other popular online retailers should follow in the coming days.

Government conspiracy. Secret society. Alien ties. It all comes together for a fast-paced science fiction thriller.

Phoenix Splinter is the first book in the Project Horizon series by Branli Caidryn. The book centers around a nineteen-year-old Keith Groenewald. He’s an escaped experiment from Area Fifty-One, a top secret military base. Veluz, a powerful and morally ambiguous secret society, keeps Keith’s whereabouts from the government hands that seek his return. In exchange, Keith is part of Veluz’s elite mercenary-for-hire force, Karma.

The book is an introduction into the complex world of Veluz as a world kingpin, manipulating every facet of society for monetary gain. As the series unfolds, and Veluz’s agenda, we come to the frightening realization that there is so much more than Veluz.

You can pick up the ebook at Amazon, Barnes & Noble, Smashwords, and other online retailers. Print version to be released soon!